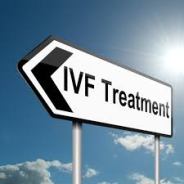 January 2015, we returned to the private clinic for our nurse consultation and collection of medication. This was both exciting and scary for me because I hate needles but was so hopeful that this was actually it. I was told that due to my PCOS, I would need to down regulate for 21 days by going on the pill. Once I had a bleed, I was to call to let them know and then begin with 125 IU Gonal F injections each night in my stomach. Each night I injected myself, I prayed that it would all be worth it. The pain, the stinging, the swelling… there was no way I wanted to go through all of that for nothing.
On day 5 of my injections, I went in for a scan to see whether my follicles had grown as the leading follicle needed to be at 18cm before egg collection. Day 5 saw me with over 10 follicles  in each ovary but all between 3-5cm. I was devastated because, according to the schedule they had given me, I was only supposed to be stimulating for about 10 or so days. They asked me to increase the Gonal F dosage to 150IU to see whether there would be any improvements in the growth. Two days later we returned, and although the follicles had grown, they were still nowhere near the 18cm. I felt awful, tired and bruised. I had over 30 follicles in each ovary- the average woman has anything between 4-8…
Over the next few days, we were back and forth to the clinic hoping for that leading 18cm follicle. On day 12, the nurse informed us that they would be stopping treatment and this would now be a failed cycle. To say we were devastated would be an understatement. We drove out the car park and stopped at end of the road and just cried together. I felt that my whole world had ended. Did I really inject myself for the last 12 days for absolutely nothing? We stopped by at church to give our Pastor the update and he prayed and reassured us that this was not the end. He also told me that I should not blame myself- I found that pretty hard seeing as it was my body that was not cooperating.
Hubby took me to Nandos to try and take my mind off things and I received a phone call from the clinic. The nurse had spoken to the consultant and “for some strange reason, she wants you to continue over the weekend with a higher dosage.” I could not believe that God had turned everything around so quickly. The consultant was definitely on our side. By the time Monday came, my follicles had grown and I was booked in for egg collection on the Wednesday – whoohoo. 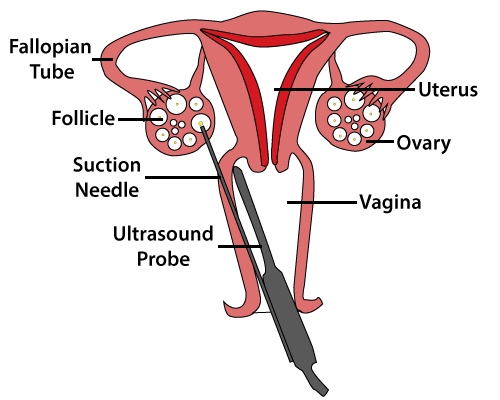 When I think back to egg collection, my thoughts are not whoohoo, I am traumatised. I don’t think anyone can fully prepare you for what happens. Although you are given anaesthetics, you are still semi-awake and I felt every. single.  prod they made. They kept telling me how well I was doing and celebrating each time they entered a follicle and found an egg but, for me, it was all too much. All I could do was pray that this all would give me my miracle baby. Once I had fully woken up, the consultant came to speak to us and told us they collected 21 eggs. I was ecstatic – this meant we had a greater chance of having a baby. They told me to drink plenty of fluid as I am highly likely to develop OHSS (Ovarian Hyper Stimulation Syndrome). I had heard this before but did not even think to do research or ask questions, I didn’t think it was a big deal seeing as they didn’t really make a big deal out of it.

What is Ovarian Hyper Stimulation Syndrome?
When ovaries are stimulated to produce eggs, the response can be excessive and your ovaries become very enlarged with a build up of fluid in the abdominal cavity. OHSS is categorised into three levels – Mild, moderate and Severe and the levels can change depending on whether you seek medical attention or not. I found this very helpful table on www.ivf.com which gives you in depth information on symptoms and what to do.
As you may have guessed, I did develop OHSS on day 2 after egg collection. It was horrendous! I mean, I’ve been in pain before but this was on another level. I tried so hard with drinking the 3 litres of water they recommended but kept throwing up. In the end, hubby had to call 999 because there was nothing he could do to help ease the pain. I was given morphine, gas and air in the ambulance but that only worked for maybe… 15 minutes or so. When we arrived at the hospital, they identified that I had moderate OHSS and kept the morphine coming. After over 8 hours in the hallway due to lack of beds, we made the decision to return home and attempt to self manage the pain. I don’t know how I got through the night but all I remember is sleeping on the living room floor with a bucket beside me. Over the next two days, the symptoms began to ease and I felt a little better.
Whilst all of this was going on, the clinic would call daily to see how I was doing and to give me an update on how our embryos were doing. On day five, we returned to the clinic for the transfer and were told that out of all the fertilised eggs, only one had made it to day five. At first, I was  little disappointed but hubby quickly reminded me that it only takes one and I should not have the “only one” attitude. The transfer was quick and easy and I left the clinic hopeful, feeling pregnant until a pregnancy test told me otherwise.
The two week wait is the longest two weeks of your life. The days just don’t seem to move fast enough! I was still off work for a week so, it gave me the opportunity to relax and do virtually nothing. I think it may have been day 6 or 7 but I started spotting. I had mixed emotions- this could be implantation bleeding or it could be my period. I called the clinic to let them know and they said to not worry and still wait until the given date to take the pregnancy test.The next few days were tough because I kept getting flashbacks of my miscarriage and it was hard to stay positive when there is absolutely nothing that you can do. There are many things in life that we can interfere with but trying for a baby certain isn’t is not one of them.
The morning of the test finally came and hubby and I prayed that whatever the result, we are still grateful.

How I longed to see those two lines… I really tried. I kept thinking any minute the second line would appear- nope, never did. I cried- I really cried. I looked back over the past month and struggled to see a positive in it all. I looked at my swollen stomach and wanted to punch it. It was swollen with air- just air, not the baby I so desperately wanted. I looked at the small scares on my hands and arm from where canulars had been inserted into my tiny veins. I just couldn’t understand why my journey had to be so hard…
The following week, we visited the consultant for the follow up and information on our next steps. There were no reasons for the failure if the cycle other than “the embryo just didn’t implant.” Well duh, I had already told myself  that! Sorry, I’m reliving my anger. Ok, so she explained the next steps and said we would have to wait a minimum of 3 months before trying again. Where I was emotionally, there was no way I wanted to put myself through that ordeal again. I just couldn’t see past the stress and pain.
One thing I am so grateful for is the country we live in and access to the NHS. Had we had paid ourselves, that would have been almost £7,000 gone. With the NHS, they were funding up to three cycles and we were still able to have the treatment at the clinic of our choice.
So, this post doesn’t quite have a happy ending but the experience definitely taught me that I really have to wholeheartedly trust in God. I don’t think I had the 100% trust whilst going through the process if I’m honest- I still was thinking “what if?” I guess reflection is a great thing because if you are true to yourself, you’ll know exactly what to change for the next time. Proverbs 3:5-6
This has been a very long post so I’ll wait until the next one to give an update on cycle #2 and more information on IVF.
Be encouraged